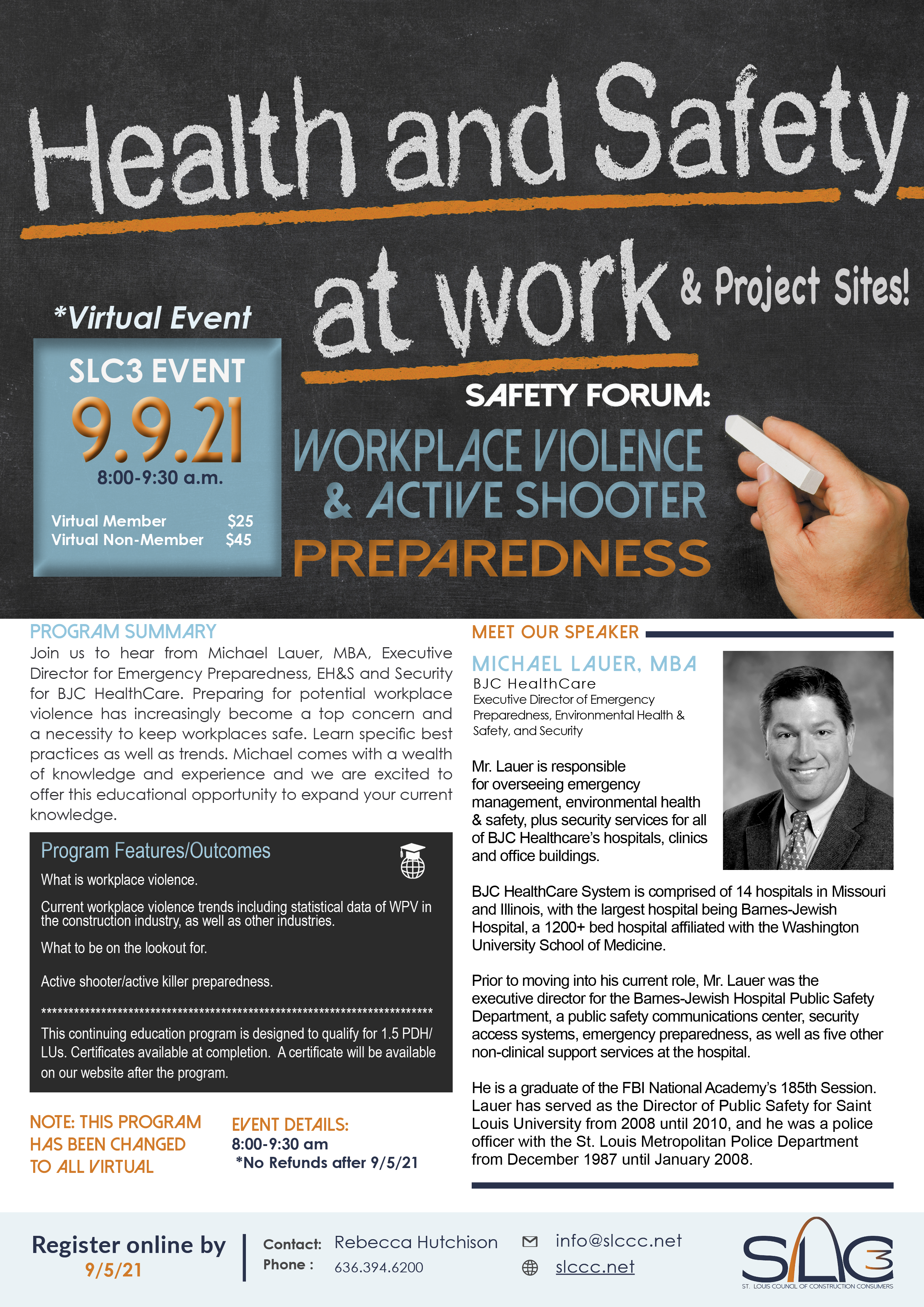 Join us to hear from Michael Lauer, MBA, Executive Director for Emergency Preparedness, EH&S and Security for BJC HealthCare. Preparing for potential workplace violence has increasingly become a top concern and a necessity to keep workplaces safe. Learn specific best practices as well as trends. Michael comes with a wealth of knowledge and experience and we are excited to offer this educational opportunity to expand your current knowledge. NOTE: The event link will be provided to you the day before the event. 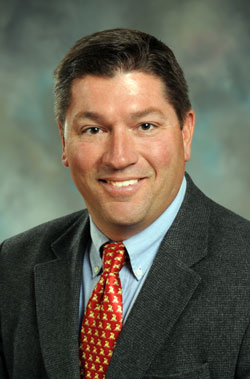 Mr. Lauer is the Executive Director of Emergency Preparedness, Environmental Health & Safety, and Security for BJC HealthCare System which is comprised of thirteen hospitals in Missouri and Illinois, with the largest hospital being Barnes-Jewish Hospital, a 1200+ bed hospital affiliated with the Washington University School of Medicine, located in St. Louis, Missouri. In this role, Mr. Lauer is responsible for overseeing emergency management, environmental health & safety, plus security services for all of BJC Healthcare’s hospitals, clinics and office buildings. Prior to moving into his current role, Mr. Lauer was the executive director for the Barnes-Jewish Hospital Public Safety Department, a public safety communications center, security access systems, emergency preparedness, as well as five other non-clinical support services at the hospital. Mr. Lauer has been with BJC since 2010.

Mr. Lauer has a bachelor’s degree in Criminal Justice from Sterling College in Sterling, Kansas, and a Master of Business Administration from Webster University in St. Louis, Missouri. He is a graduate of the FBI National Academy’s 185th Session, graduating in June 1996.

In addition to his current role Mr. Lauer has served as the Director of Public Safety for Saint Louis University from 2008 until 2010, and he was a police officer with the St. Louis Metropolitan Police Department from December 1987 until January 2008. At retirement, Mr. Lauer was the lieutenant commander of the Homicide Section.