Tony Thompson – The St. Louis American’s 2021 Person of the Year 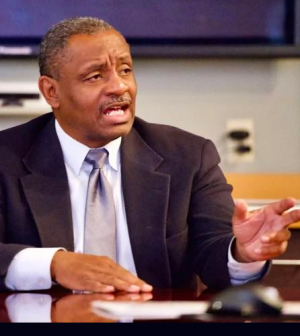 From St. Louis American:  When Anthony “Tony” Thompson founded Kwame Building Group in 1991, the nation was in an economic recession.

Undeterred, the young, first-time business owner forged ahead and crafted his business into what would become a force in the construction industry.

“For minorities to have a true chance at the American dream, we need to be educated. Life is tough, even tougher if you’re stupid,”

While some business leaders belittle the area’s progress and some civic leaders fret about its future, Thompson has remained a steadfast champion for an economic future that embraces diversity and inclusion, knowing they are essential for the region to economically prosper.

As some businesses depart the city of St. Louis for other areas in the region and beyond, the head office for Thompson’s KBG remains downtown, just as where it has been for three decades.

For his perseverance, community outreach, philanthropy, and overall effort to create educational and economic opportunities for young St. Louisans, Thompson has been named The St. Louis American 2021 Person of the Year.

After graduation from University City High School in 1978, Thompson headed west for pragmatic reasons to the University of Kansas in Lawrence, Kansas.

“KU had the best architectural program in the area and was one of only a handful that provided Architectural Engineering,” Thompson, 62, explained.

“I also paid in-state fees due to a reciprocity program with Missouri’s dental school.”

Unlike many other Black college graduates, Thompson returned immediately to St. Louis because of “family ties.”

Thompson said his family has always been everything to him and is the key factor behind his success.

“My family it is what drives me and had it not been for the support of my wife Kim, son Mike and daughter Kristin, I would not be able to accomplish the things I have accomplished,” he said.

Thompson’s mother, civic and political icon Betty Thompson passed away in July. Her guidance, along with the wisdom of his father, Jack Thompson, were instrumental in his life and career.

“I had a balance in my life. My mother loved and tried to help everyone. Her compassion was unparalleled. She would give away her last dollar to help someone,” he said.